THE NUMBER JUST GETS LARGER EVERY YEAR
​(SEN STATS)

This is an extract from my
Summer (Half) Term 2018/19 'SEN Update' entitled:
“YOU CAN HELP ME BY NOT HELPING ME!​
​​​​​​that was released on 14th June 2019.
Don’t forget, to ensure that you never miss out, you can get my SEN updates by completing your email details below, or by following me on one of the Social Media platforms that I use, which are at the top of this page. 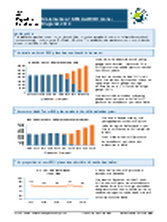 If you have read my updates previously in the last few years, you will know that at this time every year, I like to share the latest annual statistics about Education, Health and Care (EHC) Plans (previously Statements of SEN) issued by the Department for Education (DfE).

The latest version of the DfE statistics was issued on their website at the end of May 2019 and there are a number of different versions that you can find here.

‘This publication includes information on:


It is based on the statutory SEN2 data collection.’

The main points I have pulled out are as follows:

‘The total number of EHC Plans has continued to increase …

There were 354,000 children and young people with Education, Health and Care (EHC) Plans maintained by local authorities as at January 2019.

The total number of children and young people with Statements of SEN or EHC Plans has increased each year since 2010.

The number of new EHC Plans has increased each year since their introduction in 2014.

As always, the DfE documents go into a lot more detail and there are also some visual representations and more breakdowns on what they have said here but, unless you work within this area and need this information, or work for academic purposes, you will probably just want the headline information that I have quoted above.

Of course, the main thing of note, is that, again, there has been quite a sizeable increase over the course of 2018 of children and young people with EHC Plans and 40% of new EHC Plans are not being issued within (the required) 20 weeks.

It also concerns me a bit that we seem to have been steadily increasing the number of EHC Plans (or Statements of SEN before them) over the past eight or so years, even though we were told that the introduction of the new SEN Framework would mean that more children and young people with SEN would be able to have their needs met without EHC Plans.

Yet this does not seem to be the case for reasons that I have highlighted earlier this year in a previous update, which was talking about some people saying that there may now be a SEN crisis (the one talking about the SEN Law Conference).

I am really not sure what more I can say here now, since the statistics seem to speak for themselves in many ways. However, trying to look at this as objectively as possible, it does seem to me that the main increase in the last year (at 32%) has been in the 20-25 age group, which seems to be new entrants to the SEN system that may not have been there before. Also, the second largest percentage increase (at 13%) was in the 0-5 age group, which might be because we are getting better now at identifying SEN in children under the age of 5.

But given the fact that we are still living in an era of public funding cuts, it does seem to me that this continual increase in EHC Plans and the corresponding demand on public funds, may mean that if we continue in this manner to increase every year, the increases will not be sustainable.

I know that this feels like the ‘elephant in the room’ but I do feel it needs to be said and we all need to put our heads together to work out the best way around it, otherwise no-one is going to be happy in the end, as the number of EHC Plans just seems to get larger every year.
With best wishes