We are now almost at the end of the academic year for 2015/16, so many of you working in the educational field may be starting to slow down already.

Actually, this next month or so is the busiest time for me every year, with my helping with lots of appeals to the Special Educational Needs & Disability (SEND) Tribunal, trying to get children and young people into appropriate school or college placements for September!

In this update you will find sections entitled:
​​
​​As I always say, I know how busy everyone is, so please feel free to read just the sections that are of interest to you or read everything; the choice is always yours.
(Don’t forget, to ensure that you never miss out on one, you can get my SEN updates personally by completing your email details below, or by following me on one of the
Social Media platforms that I use, at the bottom of this page.

SEND TRIBUNAL UPDATE [2016]
As I referred to in my Summer Term 2015/16 SEN update, in this update I am providing more detailed information about what is happening at the SEND Tribunal, just like I did at about this time last year.

Like last year, I was lucky enough to this year again attend the Jordans SEN Annual Conference in March 2016, where I heard from the Deputy President of the First-tier Tribunal (Health, Education and Social Care), Judge Meleri Tudur (at Jordans), and also her successor as the Lead Judge for SEND cases, Tribunal Judge Jane McConnell (at both Jordans and at an Open Day held at the Tribunal’s administrative offices (in Darlington) the next month in April).

As I did in my SEND Tribunal Update for 2015, I have again split this section into two parts to deal with both presentations.

As I know that information about the SEND Tribunal may only be of interest to some people reading this update but not to others, rather than setting it out in full here, I have created a more detailed version of this update which you can read by clicking here. 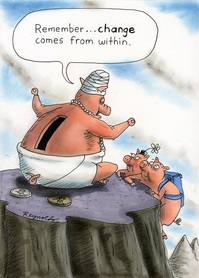 CHANGES TO FUTURE SEN UPDATES
If you have been reading my SEN updates for a while now (some people even tell me that they have been following me now for over a decade), then you will know that I always try to write them in such a way, so that they will be useful/of interest to everyone, whether or not they work in the field of SEN/education.

For example, people working in the SEN/education field often tell me that they enjoy hearing my analysis of things, reading the information that I have provided them with (sometimes with links), or hearing about recent and forthcoming SEN events (as this tells them about something they would not otherwise have heard of or, if they cannot go to an event, to hear about things from me afterwards if I have been able to go).

Other people tell me how they simply enjoy reading my updates, as they like me telling my personal stories, particularly if sharing my perspective of things as a disabled person.

I am thinking about changing future SEN updates a little bit (don’t worry, it won’t change that much) but, before I do so, it would be useful for me to hear from you, as to what sort of things you would like me to include, so please let me know quickly by telling me here. 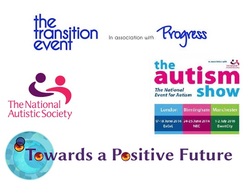 RECENT/FORTHCOMING SEN EVENTS
The last couple of months have been very busy for me as ever (tell me something new!), so I was not able to get to every event that I would have liked to.

However, I was able to attend the Transition Event run by Progress Magazine at the end of May.  There were a mixture of inspirational and practical speakers.

I most enjoyed hearing from one, Huw Davies, the Chief Executive of the British Association for Supported Employment, who provided us with information about employment support being provided to young people with SEN/disabilities.

Huw said that there was a real need for inspiring role models to encourage young people to dream and aspire to things, rather than just saying that something is unrealistic for them.  He also made the point that work is possible and positive for many of us, but we are often caught up with low expectations and low aspirations which often means that, by the age of 26, disabled people are more likely to be unemployed.

Huw added that we should be looking more towards attainable work, the growth of personal budgets to use for job coaches and, most importantly, considering a presumption of employability for disabled young people leading to sustainable employment.

​He also made the point that everyone was able to work with the right job and right support and that we now needed to look towards full inclusion and providing real jobs which are valued and not just tokenistic ones.

Huw also said that sometimes the best thing is for young people to learn about work through supported internships, as they often learn best in ‘situ’ under real job conditions, for things like time keeping/dress codes/learning how to do deal real work.

Finally, Huw also said that, as well as the effect on young people with SEN/disability, there would be an impact on employers too, because it would increase the morale of their workforce.

In terms of forthcoming events, I know that things are now winding down for the summer so that, as far as I know, the only events in the next month or so which I think would be useful for you are the following:

IT’S NOT A PATCH ON ME!
Unfortunately, as well as causing me mobility and coordination difficulties which requires me to use a wheelchair, my condition of Cerebellar Ataxia also causes me a great deal of double vision.Cerebellar Ataxia

I needed an operation on one eye many years ago to correct a very severe squint that I had developed. Unfortunately, as mine is a deteriorating condition, in the past few years my double vision has been getting much worse (although I am still trying to put off for as long as possible the time when I will need a further operation on my other eye).

Earlier this year, as things have been getting increasingly difficult for me, I decided that I would start using an eye patch over one eye, to try and reduce the double vision (as I would then be only looking through one eye, which allows me to see things in single vision).

At first, I only started using the eye patch at home and in the presence of my small team at work.  However, during the past couple of months, I decided that, rather than trying to ‘bluff’ people (I have always realised that other people cannot see what I can see!) I would start using an eye patch in public more, when I needed to.

I had already scoured the internet, to buy and try many different eye patches (it can be very expensive being disabled you know) until I settled on getting one (and now a collection of many brightly coloured ones) from the appropriately named ‘The World's Best Eye Patch’ website.

I also resigned myself to having to hear the pirate/parrot jokes from people but found, interestingly, that most people seeing me with my eye patch on for the first time either seemed to actively try and avoid speaking to me or, if they did have to speak to me, tried to not say anything about my wearing it - it was like the proverbial ‘elephant in the room’.

That being said, there were some funny situations, for example, when a good friend of mine, passing me with my eye patch on for the first time, put on a stereotypical pirate accent (“Ahoy Matey!”) but then returned to me a few minutes later to apologise. I mischievously just replied to him:

“It’s alright, I’ll just get my parrot to come and speak to you next time!”.

The nicest thing that happened to me though, was when I was approached by a young boy of only about 7 or 8 years old with a lollipop in his mouth. He literally just came up to me and said:

“Hello 'Mr Man with an eye patch' – why are you wearing that?”

I simply replied: “It’s because my eyes don’t work properly.”

“OK” he said and then just walked away!

I love it that children can often be the most direct to you, but so willing to just accept things as normal…

P.S. I always find it helpful to find out what people think about my updates, so please take a few seconds to tell me what you think by going to: Summer (Half) Term 2015/16 'SEN Update – Your Thoughts’ - there are just 3 quick questions.
Back to top