This will be my last update for this academic year. You will now not hear from me again (unless you follow me on Social Media) until after the summer holidays in September 2014 when I will send out my Autumn term update.

In this update you will find sections entitled:


As I always say, I know how busy everyone is, so please feel free to read just the sections that are of interest to you or read everything.  The choice is always yours.

The new SEN Framework will now come into force from 1 September 2014 as a result of the Children and Families Act 2014 being passed back in March.  I can also tell you now that the now final (revised once again) version of the SEN Code of Practice was also just (eventually) issued a couple of days ago on Wednesday 11 June 2014.

As I said in my Summer Term update, a revised Code was issued in April for consultation so we were not sure when we would receive the final version. In fact, I even held back this update from last week (the first one after the Summer half-term holiday), just in case I could confirm that the Code had been issued in its final form.

The final version of the SEN Code of Practice now runs to 281 pages (it has grown from the original 174 pages version issued last Autumn 2013 and then the revised 253 pages version issued in April 2014). As it is ‘statutory guidance’ it still needs to be ‘laid’ before (i.e. approved by) both Houses of Parliament before it can be passed into law. The current SEN code of practice remains in force until 1 September 2014.

You do not need to be a genius though to work out that this does not leave very much time now to prepare. Although it seems that there may be still be 2/3 months left between the Code's issue in its final form and its coming into force, 5/6 weeks of this time will actually be the summer holidays!

Yes, I know that there is now a sense of urgency as there is not a lot of time left to get ready; and yes, I know that many people feel there may be a ‘car crash’ and we may now be just watching an accident waiting to happen, as lot of parents/professionals know that there are many changes expected but are still mostly unsure of what they need to do.

We all need to realise that there now needs to be a big culture change - we are not just supposed to do the same as we did before. For example, Education, Health & Care (EHC) Plans are not meant to be just Statements of SEN by another name but that now also go up to 25 (instead of 19). 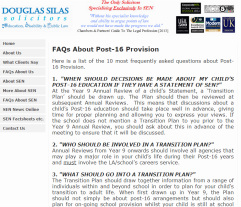 I am aware that our website is a very popular resource which constantly receives a lot of visits from parents/professionals, so I am always curious to see what types of information people are looking for and which are the most popular pages.

I have noticed in the past few months that there has been a lot of interest in our pages on FAQs on Secondary Transfers and FAQs on Post-16 Provision. I have also found that many people were interested in the ‘What Happens Now? (Post-16/Post-19 Provision)’ section in my last update.

I have seen that we have received a lot of requests in the past few months for assistance with appeals from parents of children transferring from primary to secondary school. In the main, these have been against Statements of SEN that have been amended by the legally required deadline of 15 February.

Therefore, with a shortened 12-week (rather than the normal 20-week) timetable provided by the Special Educational Needs & Disability (SEND) Tribunal, hearings of these appeals are mainly being heard by the end of the academic year in July 2014. (I say ‘mainly’ because at least one secondary-transfer case I have dealt with this year is where the LA only issued an amended Statement as late as May!)

However, these ‘phase transfer’ cases have never covered young people transferring from secondary school to Post-16 education. There has never been a legal deadline for Statements to be amended ahead of Post-16 transfer (e.g. by 15 February).

During the past few years, most LAs have still attempted to amend Statements by the middle of the academic year and the Tribunal has also given a shortened (i.e. 12-week) timetable to them to allow any appeals to still be heard before the end of the academic year so that everyone knows where the young person will be going/what provision they will be receiving, by September. 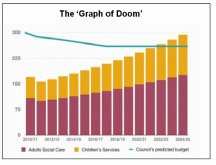 WHAT I HAVE LEARNT LATELY
(RECENT/FORTHCOMING SEN EVENTS)

I said in my last update that, although there were lots of SEN events in the first few months of 2014, the next few months were not going to be as busy.

I still highlighted a couple of events: such as the Autism Show in London on 13/14 June and in Manchester on 27/28 June 2014 (both happening now and in a fortnight); and the Westminster Education Forum on 8 May 2014 entitled: ‘Special Educational Needs & Disabilities – Implementing the Children and Families Bill’ (which has now passed). In fact, although I did not mention it in my last update, I also attended The Transition Event that was held in Birmingham on 22 May 2014 which focuses on Post-16/19 provision.

I want to highlight here some of the things that I have learnt personally from attending these last two events.

The Westminster Education Forum event was split into two halves. There were two keynote speakers followed by short contributions from specialist panels.

The first keynote speech was given by Stephen Kingdom from the DfE who spoke about ‘Reforming Special Educational Needs and Disability Provision for Children and Young People’.  He was then followed by two panels of speakers talking about ‘Putting Education, Health & Care Plans into Practice: Challenges Surrounding Integration and Implementation’ and then ‘Personal Budgets and the Local Offer’.

The first half was chaired by Tribunal Judge Meleri Tudur - the Judicial Lead in the SEND Tribunal.  There were some good points made by everyone involved, stressing the aspirational aspects of the new SEN framework but also highlighting the potential pitfalls as well.

But I was particularly taken by the second keynote speech from Alison Boulton, the Chief Executive of NATSPEC (The Association of National Special Colleges). She gave a talk entitled ‘Post-16 Support for Young People with SEND – Current Provision and the Impact of the Children and Families Act’ and this was then followed by a panel discussing ‘Extending Support for 16-25 Year Olds’. 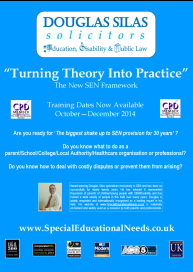 This leads me nicely onto this next section…

I said in my last update that I would be offering (CPD accredited) training days in Autumn 2014 entitled: ‘Turning Theory into Practice’. I said that the training would be held at my offices on separate dates aimed at five different groups:


There are three main sessions entitled:


In my last update I had simply referred people to the flyer I had prepared. Although I did not highlight it in the update, I also said in the flyer that I would be willing to offer the training on-site for people at their premises (as I know it is often easier to get one of me down to them, than have lots of people come to me and as I also know that I can provide training more people this way then the 15 people as I am limited space-wise at my offices). I thought that I may even be able to combine this with visits to some schools.

I have been taken aback to be asked already to provide my training to a number of organisations around the country including LAs/Schools/Parent Partnership organisations etc.  I anticipated some take-up, mainly from individuals attending my offices or a few visits to places around the country, but I did not think that my Autumn diary would start to get so full so quickly.

So I just want to say that, if this is something that you wish to attend personally as an individual (parent or professional) or want to arrange for your school/college/organisation, then please call my offices as soon as possible by telephone on 020-8349-7700 or email me directly. 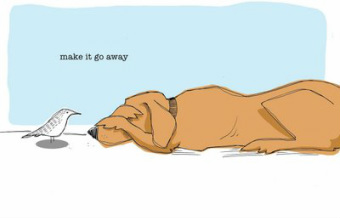 “THINGS ARE NEVER AS BAD AS THEY SEEM …”

As usual, I want to end my update with something personal. But it is slightly different this time, as these are really words of encouragement to everyone (no matter which perspective they have), although it is still based on insights from my perspective as a physically disabled person.

The great thing about sitting in a wheelchair is that you often get the chance to observe a lot of things around you. In fact, some people who have not met me before, sometimes assume that, as I have a physical disability and use a wheelchair, I must have a learning difficulty too.

I usually purposely join a conversation early on and speak in such a way that there can be no doubt to everyone that my brain is functioning well. Sometimes I am mischievous though and keep quiet to let people think wrongly that I do not know what is going on – I learn so much this way from time to time!

But seriously, the most important thing that I have come to realise over the years by being disabled myself is that you always have to remain positive and not allow yourself to get negative about things. I know that you have to get through the hard stuff to get to the good stuff.  You also cannot just sit back and wait for things to happen and be 're-active'.  You have to make them happen and be 'pro-active'

I know that we are all concerned to varying degrees about what is going to happen in September 2014 with the new SEN Framework. But too often we get ‘frozen’ by our fears about the future. Remember, ‘the fear of something is usually worse than the thing itself’.  To get through the next few years successfully we will all need to work together for the sake of all our children/young people with SEN.

And remember, things are never as bad as they seem...

P.S.      I always find it helpful to find out what people think about these updates, so please take a few seconds to tell me what you think by going to ‘Summer (Half-term) 2014 update – your thoughts’ – there are just 3 quick questions.
Back to top