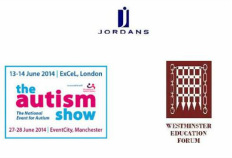 The past few months have been very busy for SEN events as well as for me personally.

First there was the Jordans Annual SEN Law and Practice Conference on 5 March 2014 where I spoke for the 10th time! (I am delighted to have already been booked for next year's conference on 5 March 2015!)  This is widely regarded as the annual event for professionals concerned with SEN for parents/schools/LAs every year.  We were provided there with more details about the new legislation and how the Special Educational Needs & Disability Tribunal, amongst other things.

The next few months are not going to be as busy.  But there still is the Westminster Education Forum on ‘Special Educational Needs and Disabilities – Implementing the Children and Families Bill’ on 8 May 2014 in London, aimed at anyone involved in SEN. One of the keynote speakers will be Alison Boulton, the Chief Executive of  from Natspec (the Association of National Specialist Colleges) and you will also hear from many other people (including me) with their views/concerns about the new SEN framework.

P.S.      I always find it helpful to find out what people think about my updates, so please take a few seconds to tell me what you think by going to ‘Website Survey'.
Back to top