PUTTING YOUR FEET UP!

This is an extract from my
Spring Term 2019-20 'SEN Update' entitled:
‘WHEN YOU DON’T LOOK BEHIND YOU…’
that was released on 10th January 2020.
Don’t forget, to ensure that you never miss out, you can get my SEN updates by completing your email details below, or by following me on one of the Social Media platforms that I use, which are at the top of this page. 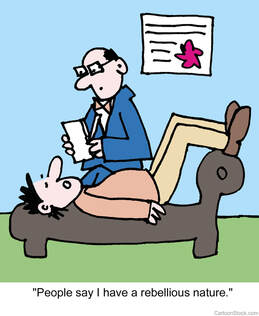 My apologies again - this last section is a bit longer again today than usual.

I know that many of you have heard me relate stories over the past few years from my international bike rides, using a specially modified recumbent trike, for the charity, Norwood, that helps children and young people with disabilities (just in case you don’t know already, I am physically disabled myself and use a wheelchair to get around).

So, I have decided to tell you today...

It all began when I started speaking with my friends, Paul and Stephen, who themselves had done many international bike rides before for Norwood. They shared their stories with me (sometimes when we were all coincidentally training in the same gym) about having done bike rides in places like India, South Africa, or in other exotic climes.

Hearing their stories and adventures made me want to do one myself. However, as I was already physically disabled and had a deteriorating condition, which was progressing a little bit quicker than I expected, I knew that it may be impossible or, at least, quite a tall order for me to ever do one.

They now tell me that they thought I would eventually let the subject drop. However, I persisted discussing this with them over the years and eventually, to their surprise, I ultimately plucked up the courage and asked them if I would be able to do a ride with them.

Of course, we all realised early on that if this was to be any kind of possibility, I would need to become a physically strong rider and we would need to ride on a tandem of some kind, where they could do the most energetic work and I could do what I could. However, we also realised that we would have an added practical difficulty because I could not balance properly (as my condition causes me to fall a lot).

We genuinely thought that it was not possible to connect a trike and a bike and get two independent chain-sets, working together, so I decided to present the problem to Vincent (who is also a wheelchair user), who designs and makes my wheelchairs. Vincent is one of the few people who I trust to advise me about things like this, as he is very good at making and designing not only wheelchairs, but also other kinds of mobility devices for disabled people (for which he has even won a ‘Tomorrow’s World’ award - remember that?) Unfortunately though (for me), Vincent works and lives in Liverpool, whereas I am based in London.

Knowing that we would benefit from a face to face meeting, Paul and I went with my wife, Erica, and another friend to visit Vincent. After driving up there for about two and half hours, we discussed the problem in great detail with him, but he said that he did not think that it was possible. However, he told us that he remembered helping a disability bike club in Manchester once.  He made a call to them and, to our delight, they told him that if we rushed over to them straightaway, we could look at some of the bikes they had at a race track they were using that afternoon.

We therefore all quickly piled into the car (without Vincent) and drove to Manchester, about another hour's drive away. We reached the club/race track just a few minutes before they were due to close.  There were a number of different bikes/trikes that we now saw, including bicycles and other forms of twin person bikes and trikes. This included the trike I now use (called a Hase ‘Kettwiesel’), but we first spied another kind of three wheeled tandem/trike, where the disabled person would sit and pedal on the front and the non-disabled person would sit and pedal on the back.

After persuading the club’s staff to not end their session quite yet, they allowed Paul and I to give this tandem/trike a go and we set off around the track together on it. Sitting at the front, I was powering as hard as I could go to try and impress Paul and it all seemed to be going quite well for the first 200 metres of the 400-metre track.  However, at that point it got much harder for me and it took me a lot more effort to finally complete the last 200 metres.

When we passed the finishing line, I was then very surprised to turn around and see Paul with his feet up near the handlebars. Paul then told me that, when he had seen how strong I seemed to be for the first 200 metres, he had decided to take his feet off his pedals and put them up for the last 200 metres to see how strong I actually was!

Paul then said that, as he now could see that I was much stronger than he thought I would be, I should try and ride on my own on the ‘Kettweisel’. I therefore was put onto this trike and went off by myself around the track (my eyesight was a lot better in those days, which allowed me to ride by myself!).

It was an incredible feeling my being on that trike for the first time as, for the first time in many years, I felt really free again. I zoomed off around the track and made my way back around quite quickly. When I came back in everyone was smiling at me and I too had a big smile on my face!

In the next couple of weeks. Paul and I had bought a Hase ‘Kettwiesel’ for me, which he also had modified and the rest is history.

So there you have it, that’s the story!

​See, a lot of things can happen when you don’t look behind you…
With best wishes