This is an extract from my
Spring (Half) Term 2017/18 'SEN Update' entitled:
“It Still Amazes Me..."
that was released on 5th March 2018.
Don’t forget, to ensure that you never miss out, you can get my SEN updates by completing your email details below, reading it on our ‘SEN.fyi’ App, or by following me on one of the Social Media platforms that I use, which are at the top of this page. 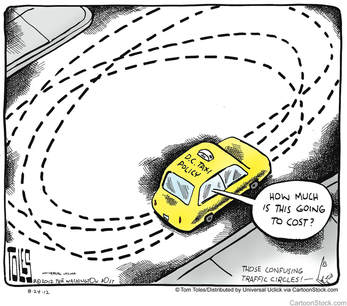 As a physically disabled wheelchair user, with co-ordination and eyesight difficulties, I have not been able to drive a car myself for many years now. As I also find using public transport quite difficult (overground trains are better, but using the London Underground and buses still tends to be quite hard or even impossible for me), I have had to use taxis/cabs a lot during this time.

During the past week or so, I have had to do a lot of travelling around the country for various SEND Tribunal hearings/events and have therefore had to spend a lot of my time in taxis/cabs. So, I want to share with you today, a story that happened to me a few years ago, that I was reminded of when re-telling the story to a parent whose hearing I attended earlier that day, whilst waiting with them for my cab to arrive to take me to the train station to return home...

I always try to book a hotel near the train station/hearing venue (so that I do not have to travel too far when I arrive the evening before a hearing or to get to the venue the next morning) - I am afraid that I am one of those people who try to get to places as early as possible (although I know that I sometimes fail miserably because of all the hassles that I go through!)

On this occasion, I arrived later than I hoped, but when I did, I was helped to get an (ordinary but accessible) cab by a member of staff at the train station, which came after a few minutes and I managed to get into fairly quickly.  The hotel that I was staying as was only a few minutes away from the station and we also arrived fairly quickly.

When I got out of the cab, I turned to the driver and asked him how much it would be.  I was extremely surprised when he then told me that it would be £25.

‘How much? I asked, ‘…it has only been a very short journey!’

‘I know’ he replied,  ‘…but you are in a wheelchair’ he then said to my astonishment.

I just couldn’t believe what I was hearing, but I responded and told him immediately that he was messing with the wrong person; and said that he should immediately get his manager on his phone for me to speak to.

He was clearly a bit surprised about getting this response from someone who he had probably previously perceived as a weak, disabled person in a wheelchair and then made (what I felt was) the pretence of going to the other side of his vehicle and getting his mobile phone out.

He returned somewhat sheepishly a few minutes later to say that he had not been able to speak to his manager, but had decided that, as I had not been told that there would be an increased price for me as I was using a wheelchair, he would only charge me £10 for the journey!

Although I felt that this was still me being overcharged, it was late and I wanted to get into my hotel room as soon as possible, in order to rest for as much time as possible for the hearing next day and so I paid it (I did get a receipt from him written on the back of the taxi company’s card). I also wanted to spend no more time with him now after being treated in this way.

I soon became conscious afterwards and have been since then, that another disabled person using a wheelchair, who did not have as much confidence as me, would have probably ended up paying the £25 to him, because they would probably feel quite vulnerable.

It still amazes me to think that, even in this day and age, there are still people out there who will try to take advantage of disabled people like me in this way…
With best wishes