"WHAT IS CROHN’S DISEASE?"
Crohn’s Disease is an ongoing disorder that causes inflammation of the digestive tract, also referred to as the GastroIntestinal (GI) tract. Crohn’s Disease can affect any area of the GI tract, from the mouth to the anus, but it most commonly affects the lower part of the small intestine, called the ileum. The swelling extends deep into the lining of the affected organ. The swelling can cause pain and can make the intestines empty frequently, resulting in diarrhoea.

Crohn’s Disease is an Inflammatory Bowel Disease, the general name for diseases that cause swelling in the intestines. Because the symptoms of Crohn’s Disease are similar to other intestinal disorders, such as Irritable Bowel Syndrome and Ulcerative Colitis, it can be difficult to diagnose. Ulcerative Colitis causes inflammation and ulcers in the top layer of the lining of the large intestine. In Crohn’s Disease, all layers of the intestine may be involved, and normal healthy bowel can be found between sections of diseased bowel.

"WHAT ARE THE SYMPTOMS OF CROHN’S DISEASE?"
"WHAT MAY CAUSE CROHN’S DISEASE?"
Most recent research has concentrated on mycobacteria. A diet low in fibre and high in chemicals is also suspected to have a role in the illness.

People with a family history of Ulcerative Colitis (another Inflammatory Bowel Disorder) also run a higher risk of getting the disease.

Stress is thought to exacerbate the illness which can affect any part of the digestive system, from the mouth to the anus.
For further information about Crohn’s Disease click here to visit our Pinterest board 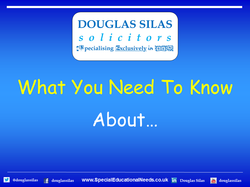