Hi, welcome back after the summer.  As usual, whilst others may have been able to have a break, I have been as busy as ever getting things ready for the new academic year 2015/16 in order to prepare for this update.  I have also used this opportunity to refresh a few things, so you will find a slightly different logo and Home page etc. on this website.

In this update you will find sections entitled:
​

As I always say, I know how busy everyone always is, so please feel free to read just the sections that are of interest to you or read everything; the choice is always yours.
(Don’t forget, to ensure that you never miss out on one, you can get my SEN updates personally by completing your email details or by following me on one of the Social Media platforms I use at the bottom of this page.

Click to preview
IT’S TIME ALREADY FOR AN UPDATE
You may recall that at this time last year, my SEN Update was entitled: ‘I’ve Just Made Your Life Easier!’ and announced that I had published an eBook called: ‘A Guide to the SEN Code of Practice’. As well as the new Code, it contained all relevant guidance & legislation and linked, both internally and externally, to everything that you needed to know about the new SEN framework.

Well, I'm afraid that a lot has happened since then!

Firstly, there was a new Code of Practice issued in January 2015 (which came into force from April 2015); then the Transitional Guidance (which was already the second version) was updated again in March 2015; and, of course people have now spent a year getting to grips with the practicalities of everything.

In fact, the Government also announced some further changes to the Transitional Guidance again in July (for example, there is now an extension of a further four weeks for transfers of Statements to Education, Health and Care (EHC) plans), which only came into force a few days ago).

It makes your head spin, doesn’t it?

So I have now updated my eBook over the summer to include and refer to most of the new things.  It is now entitled: ‘A Guide to the SEND Code of Practice’ as, although most people were initially calling it just the ‘SEN Code of Practice’ (its former name), it is actually now called the latter (the ‘D’ stands for ‘Disability’ in case you didn’t realise!)

Like before, I have again published it as an eBook only, in order to make people’s lives easier so that they can carry everything around with them on a mobile device (such as an eBook reader, tablet or smartphone) so that it is always easily to hand and they can use it to make searchable highlights/notes/bookmarks on. It therefore contains all of the things that you need to know and everything that you will need.  I have done all of the hard work so that you don’t have to!

What is even better is that I have also decided to now reduce its price by 50% to only £4.99 (if you previously bought the original eBook directly on ‘Ganxy.com’, I have put the update in that store again so that you can download it for free – but I’m afraid that if you bought it elsewhere, for example, through Amazon, they will not allow me to do this so, although I have put it on Amazon still, I encourage you to buy it now only through my website, as this will allow me to provide you with free updates in the future).

As a further special introductory offer, I have also allowed for a 30% reduction in price for the first 500 people who read this update, for the next 48 hours or so, which expires on the night of Sunday 6th September (by using the Promo Code ‘DSS30’). I would therefore suggest that you get your copy as soon as possible.

As I said before, this Guide should become an invaluable resource for anyone involved with children and young people with SEND such as:


Please note that, by selling it directly, it also allows me to let people download further copies for free in all versions (i.e. for Kindle/iPad etc.), including also a PDF version where I have highlighted changes to try to make it easy for you to identify where things have changed. This will also let people have different versions to use on all of their different eBook Readers/tablets/smartphones, rather than them finding they have to purchase a further copy.

I would stress again that most people don’t realise that there are also reading Apps for both the PC/Mac, as well as for mobile devices.  This means that you can buy one copy of the guide for one device, but then also have it on your computer. You can also easily 'copy and paste' from it, which has saved many people (including me) a lot of time during this past year.

And for those people who shy away from technology (!) I have once more produced a PDF version, which you can either use on screen (all of the links still work) or you can print out a hard copy of it to use in the traditional way (although the links will then obviously not work).

You can buy your copy by clickinghere:
‘A Guide To The SEND Code of Practice’.
BUY NOW
I hope that I have made people’s lives a bit easier again by writing this Guide. 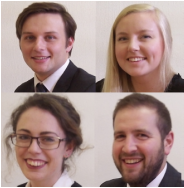 TRAINING/A FEW THINGS TO THINK ABOUT
(WITH A LITTLE HELP FROM MY TEAM)
I am again going to provide more training about the new SEN framework later this term. In it, I will now look at some of the issues in more detail and build on what I said previously (don’t worry if you were not able to attend my training previously, as you can still watch my free Webinar called: 'What You Need To Know (The New SEN Framework)' which is based on it, before attending).

I will be sending out further information about it as a separate email in due course, but for now, I would like to give you a few things to think about which I have been helped with by members of my team....

The ‘Local Offer’
As far as I know, there was only one reported legal case during the past year on the new SEND framework, which was regarding, amongst other things, the lawfulness of a ‘Local Offer’.

If you are interested in this, you can read more about it in an article entitled: 'A Case Of First Impression' written by my colleague, Suzannah Lindon-Morris (top right photo).

Mental Capacity/Deprivation of Liberty
There were also issues in post-16/19 situations to do with the issue of ‘Mental Capacity’ and the fact that someone of that age being placed in a residential school would be in a ‘Deprivation Of Liberty’ situation, as defined by the courts.  I am afraid that this issue is a bit of a minefield.

I have been assisted by another colleague, Joshua Garrod (top left photo), who has written an article entitled: 'A Gilded Cage Is Still A Cage’ (Deprivation of Liberty in Residential Special Schools/Colleges)' which you may find helpful to read if this is something that concerns you.

Transitional Guidance
Finally, I have also been helped by another colleague, Aoife Murray (bottom left photo), in analysing the updated Transitional Guidance which you can read here: 'Transitioning 'Statements' To 'EHC Plans'  (Update for September 2015)'.
“WHO SAYS SEN CAN’T BE FUN?”
I bet you thought that there wasn't anything fun about SEN, did you?

Well, most people know that I have a light-hearted side and that I also pride myself in making complex subjects as easy as possible for others to understand.

So, helped by another colleague of mine, Anthony Bentwood (bottom right photo above), I have made three cartoon videos of a minute each entitled: ‘What You Need To Know …’ that tell people about the most important/relevant things that they need to know about SEN.

We will add to these in due course to talk about other relevant things about SEN.

Rather than me trying to explain more, you can watch the cartoons for yourself here: 'What You Need To Know...' (Cartoons) .

FORTHCOMING SEN EVENTS
It’s that time of year again when lots of people are putting on SEN seminars, conferences and exhibitions.  The ones which have caught my eye for this term are:

(I'm afraid it all seems to be very London-specific this time!

I will be at the TES SEN Show myself at some point together with my team, so please drop by and say ‘hello’ if you are there.  The show is aimed at school leaders, teachers, support staff, parents and carers with an interest in SEN and the organisers have publicised it by saying:

‘This important free-to-attend event has all the resources, ideas, advice and CPD training to provide teachers, SENCOs, support staff and parents with the tools and skills to help all pupils achieve.Whether you are responsible for one or many pupils with special educational needs, you will find the support and the resources you require at the show.’

So if you are a parent of a child or young person with SEN, or one of the other type of people mentioned, then this may be the show for you.

THIS IS GETTING SILLY NOW!
If you have read my updates before, you will know that, in the past few years, this final section has often talked about me getting awards or doing bike rides for charity (using a specially modified recumbent trike due to the fact that I am physically disabled and a wheelchair-user).  Since 2011, I have ridden across Sri Lanka, Madagascar and three times across both halves of Israel.

I am afraid that this update is no different…

In November  2015,  I am going to be undertaking my sixth (yes sixth!) week-long, international bike ride, to raise more money for Norwood, a charity that supports children and young people with disabilities

You may recall that, after I returned from my last international bike ride in November 2014, I was delighted to be given the ‘Points of Light’ award personally by the Prime Minister, David Cameron, for being an ‘Outstanding Volunteer’ in the UK, as I had by then raised over £125,000 for charity.

So, I am again attempting to raise a significant amount of money this year for Norwood. I will start my fundraising campaign again during the next few weeks and, although I will send out another email about it then, I hope that you do not mind me flagging this up now, as I would be very grateful if you could consider sponsoring me, if you feel that my Updates have helped you in any way over the years and would like to help me help more children and young people with SEN/Disability.

Like I say though, this is getting silly now!

P.S. I always find it helpful to find out what people think about my updates, so please take a few seconds to tell me what you think by going to ‘Autumn 2015-16 SEN Update – Your Thoughts’ – there are just 3 quick questions.
Back to top