"WHAT IS ANGELMAN SYNDROME?"
Angelman Syndrome (AS) is a rare chromosomal disorder that primarily affects the nervous system and causes severe learning difficulties. Children with AS have a characteristic happy demeanour but stiff jerky movements.

"WHAT ARE THE CHARACTERISTICS OF A CHILD WITH AS?"
Typical characteristics of AS include:


Although children with AS also have difficulties with speech and language development, many of them have a greater understanding of language than their verbal ability indicates. Therefore many use alternative non-verbal means of communication, for example, Makaton.

Many children with AS have the ability to learn basic self-care skills such as feeding and toileting and some simple domestic tasks such as setting the table or dusting.

"HOW CAN YOU HELP A CHILD WITH AS?"
There is no cure for AS but many of the symptoms can be treated. Speech and Language Therapy can help with difficulties in speech development. Physiotherapy is also useful for dealing with some of the physical symptoms of AS. Encouraging children to use nonverbal means of communication will also give them a greater ability to express themselves. Medication may be used to control symptoms such as Epilepsy or difficulties with sleeping.
For further information about Angelman Syndrome click here to visit our Pinterest board 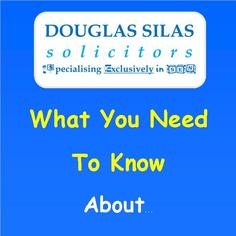 This information is meant to be helpful but Douglas Silas Solicitors cannot be responsible for any loss caused by reliance upon it.  If you have concerns about your child, please seek professional educational/healthcare advice.  Should you find anything which you believe to be inaccurate please Contact Us as soon as possible.
Back to top