This is an extract from my
Autumn (Half) Term 2019-20 'SEN Update' entitled:
"DOING IT WHEN YOU REALLY THINK YOU CAN'T!"​​​​​​​
that was released on 15th November 2019.
Don’t forget, to ensure that you never miss out, you can get my SEN updates by completing your email details below, or by following me on one of the Social Media platforms that I use, which are at the top of this page. 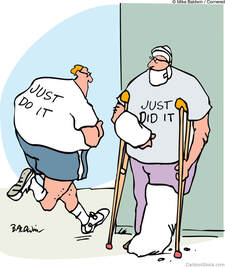 My apologies - this last section is a bit longer today than usual.

I have recently returned from doing my 10th (yes, ‘tenth’!) international bike ride for Norwood, a charity which helps children and young people with disabilities. My bike rides are generally a week-long (usually about 400 kilometres over 5 days – from Monday to Friday) but, as this year's was a big one for me, I rode about 600 kilometres over six days.

As you may know from my previous updates, as a physically disabled person using a wheelchair, I do these rides by using a specially modified recumbent trike, which is attached to and guided by a rider on a normal bike in front of me. The front rider not only steers for me, but can also brake for me (unfortunately, my physical reactions do not allow me to respond quickly and I also have a visual impairment which hinders me). ​

But actually, in this final section of my update, I want to tell you about something that happened on my ninth ride, last year in Greece.

At the end of Day 4 of 5 last year, after covering about 100km that day already, it had got to 4pm by our last stop and we still had about 25 kilometres to go. I knew that we had to complete the day’s ride by 5.30pm when the sun would go down, because we do not have lights usually on our bikes and I know that safety always comes first.

A number of riders were very tired and resigned themselves to not being able to do the last stretch in the time/daylight left and putting their bike on the accompanying van with a trailer and riding the last section on the accompanying ‘bus’ (that also transports our luggage from stop to stop every night).

I was also very tired and had already worked out that, even if I could sustain about 15 kilometres per hour (not so easy when you are sometimes climbing up quite steep hills), I would not be able to do this last section within the remaining slot of daylight and, therefore, I was also starting to resign myself to having to sit out the last section, or be prepared to be ‘swept up’ by the ground crew and put on the ‘bus’ and my trike on the trailer. I really thought that I could not do it. However, something amazing then happened…

My friend, Assaf, (a strong rider, who I have ridden with many times over many years), was my front rider, whose bike was attached to my trike. When I said that I didn’t think I would be able to do the last bit, in his no-nonsense style, he then just asked me:

I replied that it was the latter, that I wanted to do it, but I didn't think we would be able to; but he then simply responded to me:

“So, we do it!”
​
I now immediately felt a renewal of energy and when some of the other riders, who were about to give up and sit on the bus, heard that Assaf and I were still going to try to ride the next bit, they also felt a renewal of energy and decided to ride with us (including my son, Zachi). ​I cannot tell you about the thrill I then felt when riding that next section during the last hour or so.

The first part was actually quite a hard slog, as we seemed to be continuously riding uphilI and I wondered sometimes if we had actually bitten off more than we could chew. But when we got to about 5pm and we saw the sun starting to set in the sky (by which time I had also been swapped to another strong rider called Steve), we all suddenly started riding faster and faster knowing that we still had about 10 kilometres to go and only about 30 minutes in which to do it.

At one point, I saw the ‘bus’ in the distance and resigned myself to the fact that the ground crew were probably going to ‘sweep’ us up, but I suddenly found an increase of power again and started riding faster and, strangely, as we got nearer to it, the 'bus' disappeared.  We were now all riding in a large convoy, riding together watching the sun gradually setting in the sky, but this was only encouraging me to ride even faster. The other riders around me saw this and that I was 'going for it', which somehow again renewed them with energy and they all kept up with me, which pushed me to try to go faster, which in turn made them speed up, pushing me to go faster – it was circular - you get the idea!

We now seemed to be ‘flying’ along at speed and I noticed that we were starting to go downhill, which was making us go even faster still. It then dawned on me that this was because we had been slowly ascending uphill during the first hour or so, which meant that we were now enjoying the fruits of our labour going downhill at speed. After a few kilometres more, with the sun almost now set, I could see the 'bus' again in the distance. So, again, I resigned myself to the fact that the ground crew were probably going to ‘sweep’ us up but, once more, the bus disappeared.

The sun eventually set and darkness was upon us, so I now thought to myself that there was no possible way that we were going to be allowed to ride without lights but, almost miraculously, a rider who had lights on his bike went to the front of the convoy and another rider. also with lights on his bike. went to the back so that other people/cars would be able to see us.  We therefore carried on and seemed to be going faster and faster, until we eventually arrived at our destination, greeted by other riders from the bus which had already arrived, with applause and cheering when we came into all together, with the surroundings now being in almost complete darkness.

It is really quite remarkable when you start to think positively and start to believe that you can do something, even though you genuinely thought a minute before that you really cannot do it. It was only later also that I found out that the reason we had not been swept up by the bus was the fact that there was so many of us riding that the ground crew had realised that they would not be able to put all of our bikes together on the accompanying trailer, so if it had only been a few of us individually we would have been swept up, but because there was so many of us, they decided they could not do so!

My son, Zachi, who has now done rides with me these past six years and who I was sharing a room with that night, laughed together when we got into our room, knowing we had shared a very special experience together. He said to me with a big smile on his face:

“You love doing something don't you, when you really think you can't!"
With best wishes