(Don’t forget, to ensure that you never miss out on one, you can get my SEN updates personally by completing your email details or by following me on one of the Social Media platforms I use at the bottom of this page. 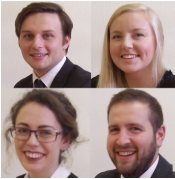 I am again going to provide more training about the new SEN framework later this term. In it, I will now look at some of the issues in more detail and build on what I said previously (don’t worry if you were not able to attend my training previously, as you can still watch my free Webinar called: 'What You Need To Know (The New SEN Framework)' which is based on it, before attending).

I will be sending out further information about it as a separate email in due course, but for now, I would like to give you a few things to think about which I have been helped with by members of my team....

The ‘Local Offer’
As far as I know, there was only one reported legal case during the past year on the new SEND framework, which was regarding, amongst other things, the lawfulness of a ‘Local Offer’.

If you are interested in this, you can read more about it in an article entitled: 'A Case Of First Impression' written by my colleague, Suzannah Lindon-Morris (top right photo).

Mental Capacity/Deprivation of Liberty
There were also issues in post-16/19 situations to do with the issue of ‘Mental Capacity’ and the fact that someone of that age being placed in a residential school would be in a ‘Deprivation Of Liberty’ situation, as defined by the courts.  I am afraid that this issue is a bit of a minefield.

I have been assisted by another colleague, Joshua Garrod (top left photo), who has written an article entitled: 'A Gilded Cage Is Still A Cage’ (Deprivation of Liberty in Residential Special Schools/Colleges)' which you may find helpful to read if this is something that concerns you.

Transitional Guidance
Finally, I have also been helped by another colleague, Aoife Murray (bottom left photo), in analysing the updated Transitional Guidance which you can read here: 'Transitioning 'Statements' To 'EHC Plans'  (Update for September 2015)'.
With best wishes